The Thorn Birds – a musical 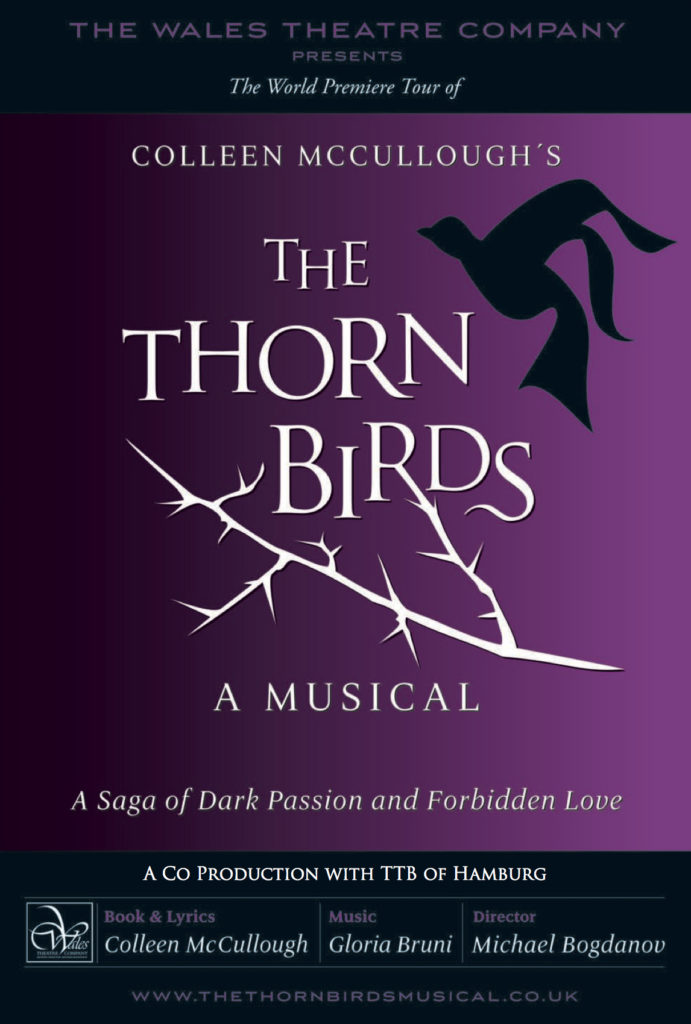 The musical “The Thorn Birds” is based on the international bestseller “The Thorn Birds” by the late Australian author Colleen McCullough (1937 -2015), who chose Gloria to transform her best-selling novel into a musical after she had heard three pieces of Gloria’s music which had been inspired by her novel. McCullough wrote the libretto to the musical herself. It is a saga of dark passion and forbidden love.
Colleen McCullough’s novel “The Thorn Birds” was published in 1977 and became a worldwide success, selling more than twenty million copies. In 1980, it inspired a TV series with Richard Chamberlain and Rachel Ward in the leading roles.
“The Thorn Birds” musical had its premiere in 2009 under the direction of Michael Bogdanov in Wales with the Wales Theatre Company, after which the production went on tour in the United Kingdom.
In the summer of 2016 at the “Waldbühne Ahmsen”, the German premiere of the open-air version of the musical was staged to much acclaim.

Symphony No. 1 Ringparabel
This site uses cookies to improve users' browsing experience and to collect information on how the site is used. By continuing to browse, you accept the use of cookies; otherwise you can leave the site. Ok!Privacy policy
Scroll to top