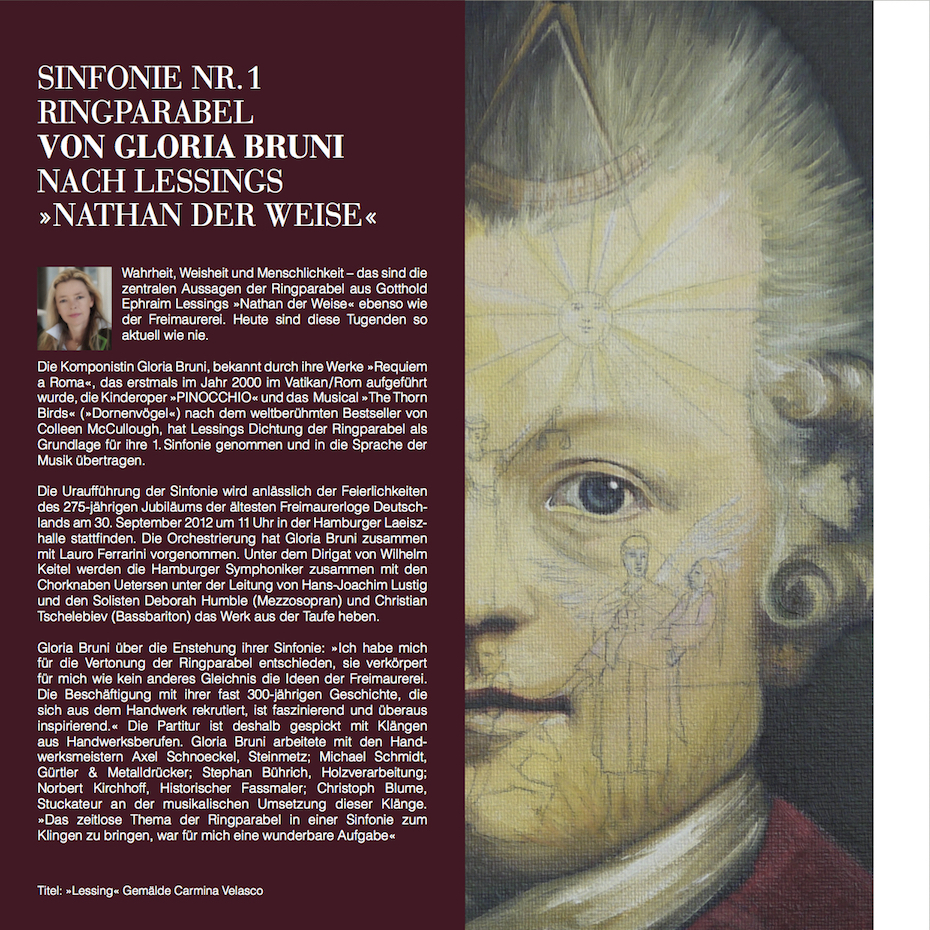 This symphony was first performed at the Laeiszhalle in Hamburg in September 2012.
The inspiration for this composition was the parable of the ring central to the German author Gotthold Ephraim Lessing’s (1729 -1781) play “Nathan the Wise”. The plot  also recalls the novel about the three rings told on the first day of the “Decameron” by Giovanni Boccaccio (1313 -1375).
The three rings symbolise the three main religions – Christianity, Judaism and Islam: all three  are placed on the same level, thus avoiding  one assuming dominance over the others.
Lessing’s enlightened attitude focuses on the importance of dialogue between different religions, promoting tolerance and rejecting fanaticism. Lessing places tolerance and true humanity at the centre of the world. It is these values that Gloria emphasises in her musical treatment of the subject.
The “Ringparabel” was performed in Hamburg, the Laeiszhalle and Thalia Theater for the Lessing Prize, as well as at the Lütfi Kardar Anadolu Auditorium in Istanbul. A further performance took place in Minsk, where a CD was recorded with the Belarusian State Radio Symphony Orchestra and Choir.

The Thorn Birds – a musical

Ringparabel in Selinunte (Italy)
This site uses cookies to improve users' browsing experience and to collect information on how the site is used. By continuing to browse, you accept the use of cookies; otherwise you can leave the site. Ok!Privacy policy
Scroll to top