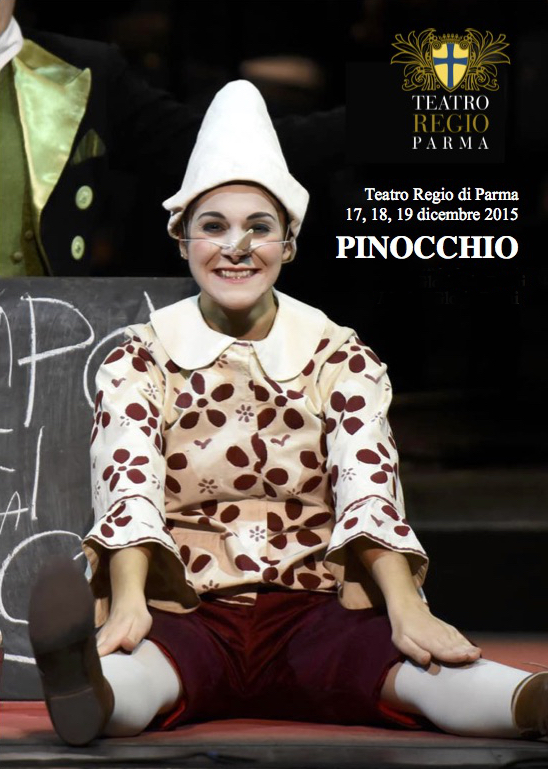 “Pinocchio” is an opera for beginners of all ages who are invited to make their first steps into the fascinating world of opera. After a first series of easy introductory arias, listening becomes increasingly challenging until the listener is fully immersed in a real opera with orchestra and choir.
The opera was first performed in Hamburg, in the Laeiszhalle, in 2008. After participating in the Eutin Summer Festival, “Pinocchio” was translated into Italian, adapted by Lauro Ferrarini, and produced at the Teatro San Carlo di Napoli, which staged it in February 2013.  The performances were well received by audiences.
In February 2015, the Teatro Regio di Parma decided to stage a production of Pinocchio with several performances, again to great acclaim. The opera was also staged at the Institute of Italian Culture in London for the “Italian Language Week in the World”. This performance of “Pinocchio” took place under the Patronage of the President of Italy, with the support of the Carlo Collodi Foundation, with a set specially designed for the occasion.

“Pinocchio” was repeated with a new set in Hamburg, in the Laeiszhalle, in 2016.

Aria “Ave Maria”
This site uses cookies to improve users' browsing experience and to collect information on how the site is used. By continuing to browse, you accept the use of cookies; otherwise you can leave the site. Ok!Privacy policy
Scroll to top