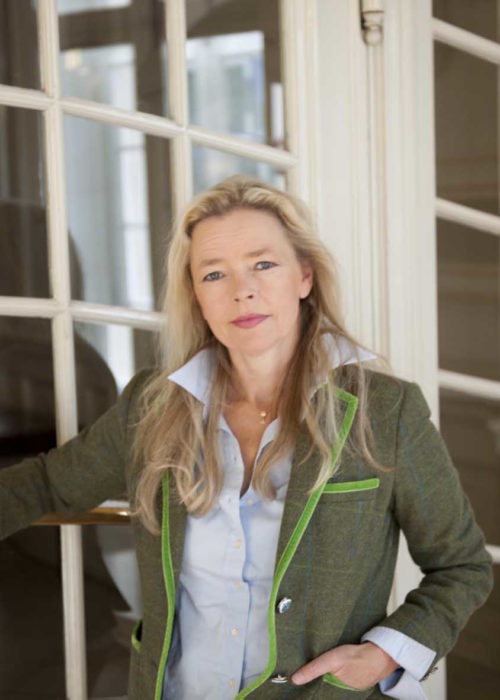 Gloria was born in Oschersleben/ Bode in the Harz Region of Germany.

Her father was a physicist and due to his work the family moved to Hamburg in 1963.
Gloria’s passion for music was ignited early on: already at school Gloria started to compose and sing. She was spotted by a music teacher for her musicality and natural singing skills as well as for her talent on the piano and violin. This drove her to greater commitment in her early musical endeavours.
Music became the centre of her life: she began to study composition with Diether de la Motte and singing with Naan Pöld in Hamburg, continuing her studies first in Munich, and then in Milan (Italy).

In addition to the obligatory study of the piano Gloria also took on the violin, performing as a violinist in the Camerata Academica and with the Mozarteum Sommerakademie Orchestra in Salzburg, participating in several tours and performing, amongst others, at the Carnegie Hall in New York and at the Kennedy Center in Washington, D.C.
After completing her training as classical singer, she performed at the Puccini Festival in Torre del Lago and at La Scala in Milan, with the Mozart Players of London at the Semper Opera House in Dresden, and at the Gewandhaus in Leipzig.

Gloria became aware of her ever-growing experience as a composer whilst exploring very different musical forms.  All her compositions are recognisable by her characteristic writing and her stylistic versatility.
As a composer Gloria explores diverse musical forms around themes that are dearest to her childhood and to religious music. Her passion for these themes and her love of expressing it through composing music is reflected in many of her compositions.
A large number of works have emerged from this creative period.

For example, she composed the “Requiem a Roma” for soli, choir and orchestra, which was performed in Rome in November 2000 and subsequently in Italy, Poland, Germany, Austria, Palestine, Israel and Belarus, as well as the musical “The Thorn Birds” (whose libretto was written by the Australian writer Colleen McCullough, author of the best-selling book, herself), which premiered in the United Kingdom in 2009 with a subsequent GB tour.
The opera “Pinocchio” premiered in Hamburg in 2008, followed by two important productions in Italian at the Teatro San Carlo, Naples, (2013) and at the Teatro Regio, Parma, (2015), furthermore a major production in Russian at the Bolshoi Theater Minsk, Belarus (2020), which has been on the schedule for 2 years.
“Pinocchio” in French at the Operà de Lausanne, Switzerland, is scheduled for March 2023, and in Spanish at the Teatro del Lago in Frutillar, Chile, also in 2023, both under the auspices of the Carlo Collodi Foundation.
Gloria Bruni composed the “Symphony No. 1 – Ring Parable” for solos, choir and orchestra, which after its premiere in Hamburg (2012) was also successfully performed in Istanbul (2013) and Minsk (2014). Other significant compositions include the aria “Angelo di Dio – Angel of God”, the “Bell Song”, the hymn “Li(e)bertas” and the cycle “Rosary Prayers”.
In 2018, the “”Symphony No. 1 – Ring Parable” was performed as an open-air ballet in Italy in front of the Temple of Hera in Selinunte and in Eraclea Minoa.  In February 2019, this ballet was also repeated at the Teatro Bellini in Naples and at the Teatro Comunale di Treia in Marche.
Under the extraordinary direction of Kent Nagano, on December 22, 2018, the audience of the Hamburg State Opera witnessed the premiere of his twenty-minute mini-opera “The Enchanted Pancake” , composed for the occasion.
In 2021, with the resumption of activities after the pandemic, Gloria Bruni presented in Venice a world premiere of several new arias, including “Madre Mia”, which she also performed as a soprano with the Ensemble Nova Lux.
Gloria Bruni is currently composing the opera “CREAZIONE – Creation”, on which she is working with designer Peter Schmidt.
A preview of this latest work, entitled “Fragments of Creation” for orchestra, soloists and choir, was performed on October 24, 2022 in Venice at the Church of San Fantin to great applause from the audience.

Gloria Bruni at the harpsichord

This site uses cookies to improve users' browsing experience and to collect information on how the site is used. By continuing to browse, you accept the use of cookies; otherwise you can leave the site. Ok!Privacy policy
Scroll to top